Robin organised an interview with PC David Rathband, for a Radio 4 programme, with little notice. He was busy juggling lots of bids at the time, but he managed to find a venue for our interview, gave us a good amount of time and never hurried us. It turned out to be an extremely moving interview and many Radio 4 listeners got in touch with very appreciative comments. Most of them said they would contribute to the Blue Lamp Foundation.

Throughout, Robin was efficient, courteous and a pleasure to deal with. I wish him all the very best with his new venture.

Robin Palmer represented PC David Rathband, and so I’ve worked with him a number of times. Mr Palmer has always been very easy and pleasant to deal with, he’s thorough, patient and professional. He’s quite unusual in the world of PR in that he calls a spade a spade, is honest about what can be achieved, and always delivers what he promises. i look forward to working with him again soon. I’d definitely recommend working alongside him

Robin Palmer found himself at the centre of the North East’s biggest news story since the Miners’ Strike of 84. That story was the Raoul Moat manhunt. His good friend was PC David Rathband, blinded in Moat’s savage attack. Since that day I have watched Robin become the North East’s number one PR operative and believe me I have worked with many over the last 15 years as the host of the biggest radio show in the region, and I rate none of them without exception.

He has the local media sewn up and the national media afford him the respect he deserves given the still ongong demands of David Rathband’s story. If you are coming to Robin because you think “Who got David Rathband’s PR for him, he must be good” then you only really get half of it.

Yes he can cut great deals for you, but here’s the forgotten bit, he can keep stuff out of the news too and that’s the key. Client protector, deal maker, story breaker, he’s your man. Seriously I wouldn’t bother with anyone else. If you are in the North East it’s him and nobody else. If you’re outside the area, he’ll come to you.

Trust me on this one.

Can I just take the opportunity to say a huge thank you for all your help Robin it’s has been really appreciated. Dylan was so excited that you got Joel from Metro Radio to come and interview him and for the excellent piece in the Chronicle. I would recommend you to anyone and the continued support and help is fantastic. Thank you so much your help has really made a difference to support Dylan is getting.

Robin worked with us to promote and publicise Tango 190, David Rathband’s account of the events surrounding his wounding by the Gateshead killer, Raoul Moat. Robin’s conduct throughout was terrifically professional and his reserves of energy (and contacts) seemingly limitless. He helped us to achieve a peerless spread of national and regional press engagements, including major broadcast and print press. I have no hesitation in recommending Robin as the ideal man to cater to anyone’s PR needs.

Robin helped me hugely during Great Britain Hockey’s “Hockey Nation” activity in the north east of England, making the most of the build up to London 2012 regionally. Through his excellent contacts in the regional media Robin helped generate engaging, positive and informative coverage of a visit by GB Hockey players to a local school and then subsequently of the Npower Big Dribble public engagement event in Gateshead. Robin’s work also resulted in the local mayor attending. He kept me abreast of his conversations with the media and local celebs throughout and his facilitation on the day gave me the confidence that our media coverage would ultimately be of a high quality, which it was.

Handling the media can be a difficult task at the best of times, but when you are dealing with incredibly poorly children and their emotionally sensitive stories it can be almost impossible. With this in mind the decision over who would represent us as a group, look after our best interests and protect us at all times was critical.

Robin successfully managed to deal with every issue thrown at him, whilst never losing sight of the ‘real lives’ sitting behind every story. We will forever be in his debt for stepping up when we needed him and his professionalism, personality and humanity at all times 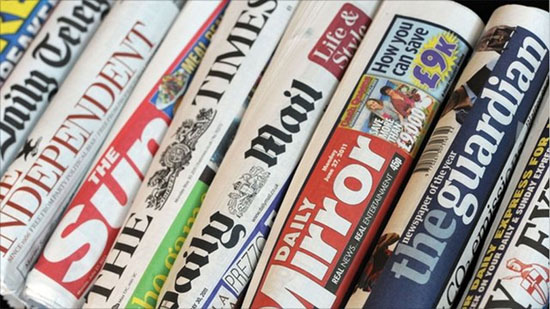